Rejection is a rite of passage for writers, and the Raw Chocolate Company

One of the things that a writer takes a while truly to believe (it’s taken me a while) is that rejection is part of the process: it’s necessary, inevitable and makes our work better. It’s a rite of passage. 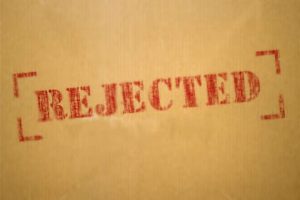 But the thing is, no piece of writing is born fully formed, just as no child is born able to walk, talk or do calculus (no, I’ve no idea where calculus came from either). But accepting this incontrovertible fact isn’t easy. The pieces we write are our babies. They’re precious and – almost always – have taken so long to write that the idea of rewriting, of changing a thing, is anathema. But if, when the rejections come (and they surely will) there’s the smallest hint of a suggestion about how to improve the piece, value it as if it were a piece of delicious chocolate (see below) and digest it. Stephen King got this rejection once:

It changed the way he wrote forever.

I don’t write easily or rapidly. My first draft usually has only a few elements worth keeping. I have to find what those are and build from them and throw out what doesn’t work, or what simply is not alive.

I have rewritten—often several times—every word I have ever published. My pencils outlast their erasers.

Put down everything that comes into your head and then you’re a writer. But an author is one who can judge his own stuff’s worth, without pity, and destroy most of it.

All quotes (and more) from an Atlantic Daily article here.

I had a wonderfully productive conversation with an agent in August about my third novel. (It was she who wrote that rejection is a rite of passage for writers.) She loves the idea, says I write beautifully, but has several worries about the way the novel is written. We talked for about an hour and now I’m rewriting. I hope very much that as she reads my rewrites she’ll feel the novel is heading in the right direction. I know I must hang on to my courage, take risks, get things wrong before I get them right and throw out what doesn’t work as I go … then the novel will have a chance of becoming its best self. As Ernest Hemingway said:

The only kind of writing is rewriting.

PS Calculus is (I’ve just looked it up in case you, like me, have never really known what it is): the mathematical study of continuous change. Now there’s a metaphor: writing as calculus.

And the thing I would love to have invented, in a parallel universe where all things are possible and time is infinite, is the Raw Chocolate Company. I love hot chocolate and have been making it with Raw Chocolate’s raw cacao for a while. They sell many delicious chocolatey things which are all certified vegan, vegetarian, organic and whose ingredients are simple. They don’t use cane sugar but Xylitol (meaning ‘tree-sweetness’) made from Finnish birch trees. Xylitol has a tenth of the glycemic index of standard cane sugar and is great for those who want to avoid sugar altogether … so what, as they say, is not to like?

I write fiction about the difficulty we have when we try to say what's in our hearts.
View all posts by Angela →
This entry was posted in Creativity, Fiction, Rejection, Rewriting, Things I'd Love to Have Made, Third Novel, Writers, Writing. Bookmark the permalink.