I’ve chosen five good news stories, one from each category in the 99.

CONSERVATION (17 entries): 5. Dolphins are breeding in the Potomac River in Washington for the first time since the 1880s, whale populations are exploding off the shores of New York, and 100 seal pups have been born on the shores of the Thames, 60 years after the river was declared ‘biologically dead.’ Telegraph

GLOBAL HEALTH (21 entries): 19. The Global Burden of Disease Report said that between 1990 and 2017, the number of kids and teenagers dying around the world decreased by more than half, from 13.77 million to 6.64 million. CNN

PEACE, SAFETY & HUMAN RIGHTS (24 entries): 52. Democracy is proving far more resilient than the headlines suggest. Since 2000, the number of democracies has risen from 90 to 97, including 11 countries that became democratic for the first time ever, and in 2019, 2 billion people in 50 countries voted, the largest number in history. Al Jazeera

ENERGY & SUSTAINABILITY (24 entries): 76. The world’s largest multilateral financial institution, The European Investment Bank, agreed to stop all financing for fossil fuels, and committed to investing half of its entire annual outlay — not just its energy budget — on climate action and sustainability by 2025. Guardian

I found the 99 good things site on a friend’s FB site, here. And if you read to, or simply go to the very end of the article  you’ll find one last good thing, No 100, which is delightful. 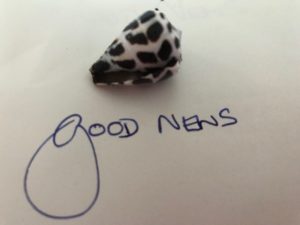 My One Green Thing this month is all about bottles. When we buy water in bottles, we’ve decided to buy it in glass ones instead of plastic ones because although, according to this article:

We still only recycle about 50% of our used glass in the UK … it takes less energy to recycle glass than it does to make new glass from raw materials.
and
Despite a ‘War on Plastic’  … [and recycling 45% of it in the UK] … 55% of our plastic waste ends up in landfills, or the ocean.

Drinking water from the tap would clearly be the greenest way (and unrecycled glass is as bad as unrecycled plastic because the former doesn’t decompose and plastic takes aeons to decompose). But when we buy cleaning products in bottles, we buy them from Splosh! I wrote about them in June under the thing I’d like to have invented. I’m recycling what I wrote for this month’s One Green Thing because it’s such a simple way to cut down on plastic-bottle waste: Splosh! supply cleaning products in the most non-plastic-proliferating, single-use plastic way. Here’s what they say:

Plastic waste is messing up our oceans and littering our land. Every plastic bottle you buy in a supermarket makes the problem worse. We have a fix.

Their fix is that you only ever use one plastic bottle per product: Splosh sells refills that fit through your letterbox so you don’t have to be in when they arrive, and they recycle the refill pouches. Read more here.

And here are some beautiful new year lights from a friend of mine to wish you a healthy, joyful and peaceful new year. 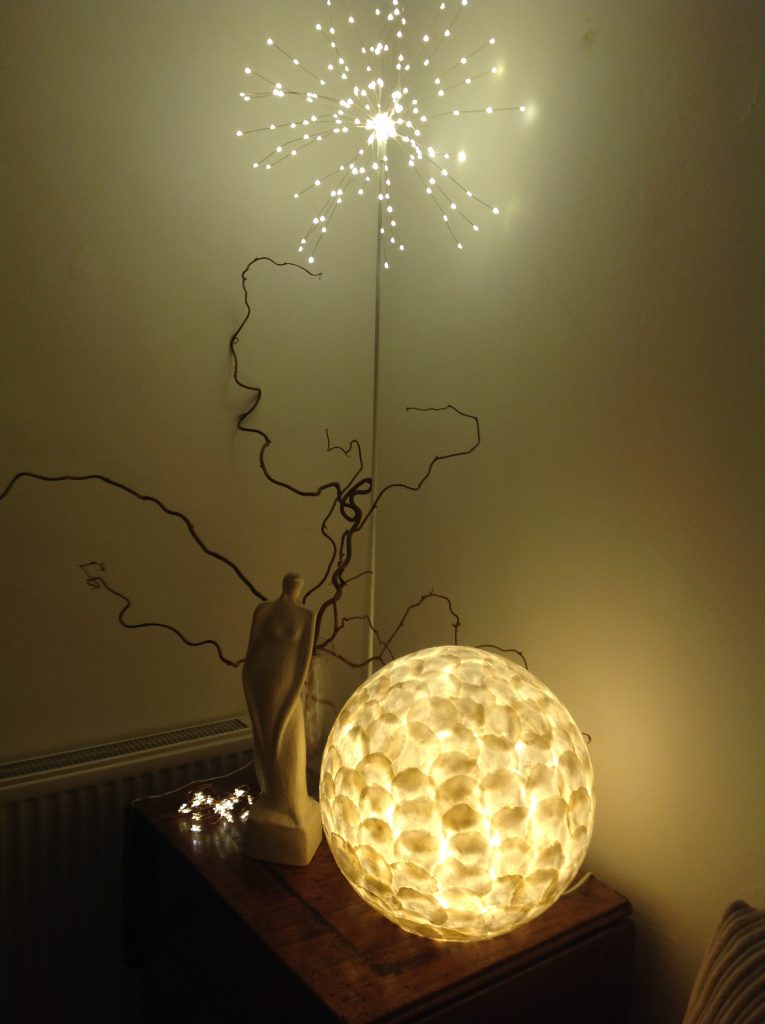 I write fiction about the difficulty we have when we try to say what's in our hearts.
View all posts by Angela →
This entry was posted in Art, Climate Change, Creativity, Democracy, Equality, Good News, Health, Human Rights, Living Standards, One Green Thing, Plastic, Recycling. Bookmark the permalink.