The Launch of The Dance of Love, History of the Rain, and Emily Young’s Kew Gardens angel video

The DANCE of LOVE

The Dance of Love

was launched at the wonderful Barnes Bookshop last Thursday: I wrote about on Robert Hale’s blog – the book’s publishers – here. It was a happy family affair: my whole family was there: my two younger sisters smuggled my American sister into the country for it which was a wonderful; the family of people without whom no book makes its journey out into the world were there, and the family of readers without whom no book can ever transfer itself from the writer’s to the reader’s imagination were there. A happy day, all 50 copies sold and may that augur well for the book’s future.

I hate the Man Booker Judges’ decision not to include Niall Williams glorious History of the Rain on its shortlist. 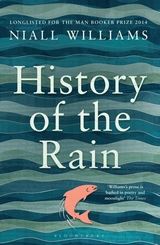 And the thing I would love to have made this month, in a parallel universe where time is infinite and nothing is impossible, is Emily Young’s Wounded Angel who has lived in a secluded spot in Kew Gardens since 2005. I wrote about him, and Emily, before, here. But how could I not write about him again: he is so very beautiful, poignant and touching. You can see a video of him on Emily’s website, here.

I write fiction about the difficulty we have when we try to say what's in our hearts.
View all posts by Angela →
This entry was posted in Artists, Dance of Love, The, Design, Places, Reviews, Things I'd Love to Have Made, Writers, Writing and tagged Uncategorized. Bookmark the permalink.

2 Responses to The Launch of The Dance of Love, History of the Rain, and Emily Young’s Kew Gardens angel video