I am writing or, more to the point, doing this before I write. I have laid the foundations and now I’m building the trellises and the supports around which the plants of my story will grow. 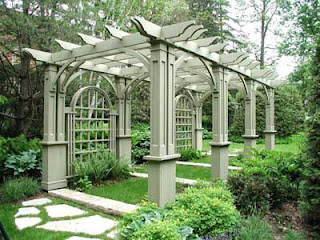 (image found here)
I still agree with John Fowles when he says that writing is an organic process. He wrote this, on pages 85 & 86 of my copy of The French Lieutenant’s Woman:

You may think novelists always have fixed plans to which they work, so that the future predicted by Chapter One is always inexorably the actuality of Chapter Thirteen. But novelists write for countless different reasons. … Only one same reason is shared by all of us: we wish to create worlds as real as, but other than the world that is. Or was. This is why we cannot plan. We know a world is an organism, not a machine. We also know that a genuinely created world must be independent of its creator; a planned world (a world that fully reveals its planning) is a dead world.

but living breathing organisms also need a purpose and a direction and, as they grow, they conceal, and can replace, the ‘planned world’ – the pergolas, around which they began their growth.

When the pergolas and the trellises are completed, I shall write.

So I won’t be posting for some time.

I don’t know how long.

But, for the moment, the MATs have flown. 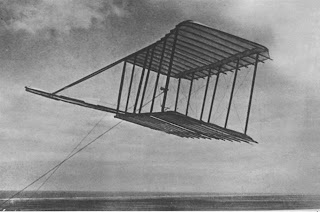 I write fiction about the difficulty we have when we try to say what's in our hearts.
View all posts by Angela →
This entry was posted in Writing and tagged arbours, John Fowles, MATs, not posting, pergolas, planning, The French Lieutenant's Woman, trellises. Bookmark the permalink.

3 Responses to Writing, not Posting