The other day, in Chichester, I found and bought a book. This is a (very) common thing in my life (although it usually happens in London) but I bought this book in Jigsaw which isn’t a bookshop. Copies were sitting on the counter when I went to pay (yes, I did buy a dress) and a friend of mine and I bought one each. The book’s called Comfort Zones and you can buy it here. This is how it’s described on its website:

A collection of essays and stories written by 28 women writers, Comfort Zones has been published by Jigsaw and edited by Sonder & Tell in aid of Women for Women International. We asked writers to think about their usual subject matter, and then work against it. You’ll find journalists tackling their first works of fiction, reflective essays that take an unflinching look at past failures as well as big ideas for creating a kinder world. All proceeds go to the incredible work of the charity, Women for Women International.

Women for Women International helps women survivors of war to rebuild their lives. And the essays I’ve read so far are inspiring. I recommend it. And here’s a little aside: because Jigsaw sells clothes and not books, usually, when you click on the link to buy Comfort Zones you’ll see a description of the book’s dimensions and appearance under Fit and Features … . 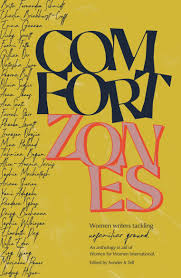 And the thing I’d like to have invented in a parallel universe where time is infinite and all things are possible is Client Earth. A friend of mine told me that David Gilmour recently put his guitars into an auction at Christie’s, New York, where they sold for an astonishing £17 million. But far more importantly, Gilmour donated all that money to Client Earth. Here he is talking about it. And the thing is, Client Earth is a collection of lawyers who:

Use the power of the law to protect the planet and the people who live on it.

Roll on the day when there are laws that make it illegal for us to destroy our home in any way. And when that day comes, it will be a very very good day. 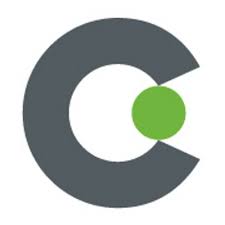 I write fiction about the difficulty we have when we try to say what's in our hearts.
View all posts by Angela →
This entry was posted in Bookshops, Climate Change, Design, Fiction, Things that don't fit anywhere else, Women, Writers, Writing. Bookmark the permalink.

One Response to Comfort Zones, and Client Earth