In this strange spring and early summer of ours, where March’s snow, frost and ice stopped all plant growth and May’s hot days and tropical rainstorms encouraged it wildly, I’ve been wondering how many writers worked as gardeners. I only found one: John Clare. 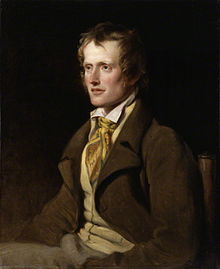 Countless writers’ work has been influenced and informed by plants, flowers, trees and the glory and gore of the natural world, and George Orwell did grow vegetables at Barnhill on Jura where he finished 1984 but, as Robin Lane Fox writes in a 2014 article for the FT:

Great writers write powerfully about gardens that they visit, see or, above all, recall [but] … the very idea of James Joyce hoeing is hilarious.

But the young John Clare did work as a gardener at Burghley House in 1807 and again between 1816-1817 and, in his cottage garden at Helpston, he grew some of the plants he discovered there. To this day, every summer, children from the John Clare primary school put Midsummer Cushions on Clare’s grave. As Clare wrote:

A very old custom among villagers in summer time [was to] stock a piece of greensward full of field flowers & place it as an ornament in their cottages which ornaments are called Midsummer Cushions.

He gave the name to a collection of poems he tried to publish in 1832 which were eventually published 150 years later. He also documented the natural world near his village, Helpston, in Northamptonshire. In 1824 he wrote a group of letters which became known as an unfinished Natural History of Helpston. They too weren’t published until 1983.

I wonder what Clare would have made of the thing I would love to have made this month, in a world where time is infinite and all things are possible? Bloom & Wild deliver flowers. So do thousands of florists, of course they do. But Bloom & Wild pack many of their arrangements so they’ll fit through your letterbox thus solving the difficulty of delivering flowers to busy people who are out at work, out with children, or just plain out. Clever, aren’t they? 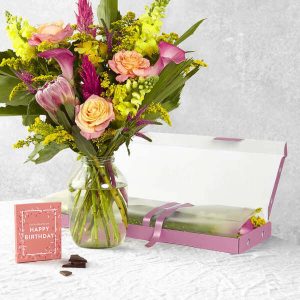 I write fiction about the difficulty we have when we try to say what's in our hearts.
View all posts by Angela →
This entry was posted in Artists, Fiction, Gardening, Mental Health in Fiction, Things I'd Love to Have Made, Uncategorized, Writers, Writing. Bookmark the permalink.