In Edith Wharton‘s 1925 The Writing of Fiction 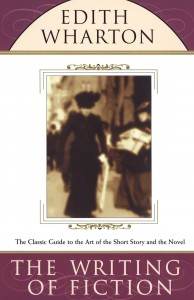 in the section called ‘Constructing a Navel’
– obviously a typographical mistake but one I like for its overtones of contemplation –
Wharton writes about the creation of character in a novel:

The creatures of that fourth-dimensional world are born as helpless as the human animal; and each time the artist passes from dream to execution he will need to find the rules and formulas on the threshold.

The rules and formulas, whether studied and learned or instinctively understood, are the invisible bricks and mortar of a well-constructed novel without which all is chaos (and unreadable). But I doubt there’s a writer of fiction who began writing thinking she’d like to become a bricklayer. I think we begin because we believe, with Janet Frame, in her 1979 novel, Living in the Maniototo, that writing a novel will be: 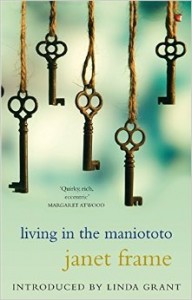 Like watching a fire running along a fuse, against time and life, to explode a once-buried seam of meaning along a disused word-face; and that anything else is ‘imitation’ writing.
Tantalisingly, she added: I still think so.

But it’s one thing to imagine being a writer; quite another to practise writing. Before I wrote a word of fiction, I knew it would be like watching a fire running along a fuse. Now that I am writing I know the rules and the formulas for my faithful allies.

And the thing I would love to have made in a parallel universe where time is infinite is Sarah Gavron‘s and Abi Morgan‘s Suffragette.

‘We’re half the human race. You can’t stop us all.’

I write fiction about the difficulty we have when we try to say what's in our hearts.
View all posts by Angela →
This entry was posted in Creativity, Storytelling, Things I'd Love to Have Made, Women, Writers, Writing. Bookmark the permalink.